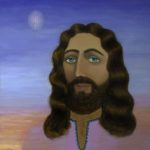 Clare was born Belinda Bassett, in Chicago, Illinois in 1946. When she was young, she remembers being deeply attracted to the piano and singing, but economic resources were lacking in her environment.  She dropped out of high school in her senior year, and while working as a secretary, she longed to discover a rewarding path in life—which turned out to be nature photography.     Loving nature and the wild, she became known as Belinda Rain, a nationally published Nikon photographer in the 70’s and spent her time searching for beauty in the wilderness of the California and Arizona mountains. Her photography made a contribution to Arizona Highways, and other publications and advertisers such as Readers Digest Books, Boise Cascade Recreational communities and National Geographic Mag.  She lived in NYC for three years, and ironically, sold her nature photography to Columbia records. But still no attraction to music.

Clare’s life changed dramatically one night on May 5th while she was sitting and meditating. In search of the deeper truths of life, she had been involved in the New Age, Tarot cards, using the I Ching and casting astrology and neurological charts for over twelve years. That night the Holy Spirit’s fire descended from Heaven into her, and she experienced the truth that she was a sinner, but that God Loved her gloriously, nonetheless. From that point on, she would never be the same. For 45 minutes, she could not move or talk. He made it startlingly clear to her that He was the Light and she had lived in darkness.  The very next day, she sought only to know God through the Scriptures and became born again.  After a few months of sorting through all the things she thought were the truth, she was led to a non-denominational church and completely discarded the New Age practices, embracing instead the Scriptures and the Baptism of the Holy Spirit. Soon, scandal after scandal hit that church and she wondered, “Where are those who live like the first apostles?” That question was answered for her by John Michael Talbot’s music and the Little Flowers of St. Francis, which began calling her into a more intimate hidden life.  In the 80’s, she was drawn to the monastic lifestyle. As a habited Franciscan lay sister, lived the semi-cloistered life in the mountains of Pennsylvania, with a loose association to John Michael Talbot’s married community in Delaware Water-Gap, PA. She learned a great deal about being still before the Lord and forsaking the allurements of the world, which later would deeply influence her music. It was there that she discovered the sweet intimacy with Jesus which has been the basis of her walk since.

After 20 years of this lifestyle, the Lord led her out into the secular world, excluding men’s ways in denominations yet including all who loved Jesus with their whole hearts, no matter what their denomination. Deeply influenced by the Desert Fathers and the first 300 years of the church, she and her husband, Ezekiel, were given the mission to unite the Body of Christ by way of dwelling in the Heart of Jesus.  In this place, she found the perfect peace of the early apostles, who were one heart and one mind in Christ.

She had learned that religious formalisms and denominational strife did not lead to intimacy and a deep love for Jesus, and faithfulness to the Gospels. She and her husband experienced many, many different denominations where there were many who loved Jesus, despite their varying traditions. This solidified her belief that all Christian’s souls could find fellowship in the Heart of Jesus, dwelling with Him and one another, in love—just as in Heaven.

At age 58, Jesus introduced her to a new gift: music. She credits many of her landscape sounds to her sweet memories in the wilderness as a nature photographer where her sole job was to seek the beauty of God’s creation for 22 years.   Currently, her focus is on songs co-written with Jesus, to draw many into the presence and sweet chambers of our Lord. She also frequently posts messages from Jesus on her YouTube channel, Still Small Voice. The earmark of the channel is simple intimacy in the Heart of Jesus through prayer, meditation on the Scriptures, and holy music. Devotedly transparent, Clare often shares her (at times) embarrassingly candid accounts of her sins, and the Lord’s sweet voice instructing and encouraging her to keep going in His Love.

Because of her belief in His loving counsels, which at times clash with traditional teachings of denominations and non-denominations, she has been at times heavily criticized and lied about, with people taking quotes out of context, and making fabricated stories about who she really is. Despite these objections, many have come to Christ Jesus for the first time, because they saw His unending mercy in loving, forgiving and giving her chance after chance to ‘get it right’ through the power of His Grace.

Clare has four children & five grandchildren and now lives in the northern mountains of New Mexico with her husband Ezekiel. Dedicated family and a very small staff support her website, Heartdwellers.org, as well as local supportive reaches to the poor, the handicapped poor in Nicaragua and groups dedicated to ending sex trafficking around the world.

Her mission is to encourage every soul to have their own personal, pure, yet intimate relationship with Jesus, so they can be freed from controlling circumstances and people in their lives and free to become who He made them to be. Intimacy and discernment are taught to help them obtain that goal of belonging only to Jesus.

It is the Scriptural right and heritage of every child of God to fulfill these Scriptures: